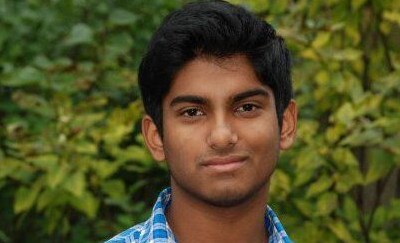 UPDATE: As of May 2018, Tanvir has graduated from Colby. He continues to serve as a mentor through Americorps and Legal Outreach.

Tanvir Shahjahan is fundamentally devoted to the concept of education. At Colby College in Waterville, Maine, he majors in biology while triple-minoring in neuroscience, sociology, and managerial economics. “As stereotypical as it sounds, I am really trying to figure out what makes me happy,” he says.

A proactive approach to shaping the future is one of Tanvir’s defining attributes, and it suited him well as a high school student in Jamaica, Queens. He knew that creating his ideal career would require attending a college that suited his needs, and to get there, he’d need a leg up. “My family didn’t have much money for expensive SAT prep programs, so Let’s Get Ready seemed like a good alternative,” he recalls, “It also seemed fun to learn from college students who were volunteers”.

Tanvir attended a Let’s Get Ready’s College Access Program in Queens where college student volunteers provided free SAT tutoring, as well as mentoring on the college selection and application processes, to high school students from low-income backgrounds. The near-peer method proved fruitful; Tanvir’s SAT score improved by 300 points. He also found that the writing techniques he learned at the program were helpful in his AP English class.

“My verbal Coach Will was fantastic,” Tanvir recalls. “He taught me so much about grammar and syntax, as well as what it was like to be a college student.” Will was a student at Colby, and made the case that ultimately convinced Tanvir to apply there. Once Tanvir enrolled, Will imparted tips about the academic resources at Colby, as well as the best places to eat and study, even introducing Tanvir to some friends (Will graduated before Tanvir’s freshman year).

Tanvir’s charge to create his ideal future is not just about his own education or career. He has also used Let’s Get Ready as a vehicle to help students that face the same obstacles he has. He served as a Coach for the Let’s Get Ready program at Queens College and last year he became a Site Director in Waterville, where he recruits and manages Coaches as they tutor a new class of motivated high school students.

“If I can help a student such as myself, who was low on resources, I will do everything in my power to that end,” says Tanvir. For the long term, he is considering a career in biotechnology consultancy and eventually getting an MBA. But as for right after graduation, Tanvir is planning to join an educational nonprofit. “I’m not done helping the students who need it just yet!”