We first published the story of Gideon Aderemi in 2011 on our older website. Please enjoy this refresher, and read ahead for more about where Gideon’s college journey has taken him.

At the Bronx Academy Leadership High School, Gideon Aderemi was a stellar student. He received top grades in every subject and was named the valedictorian of the graduating class in 2010. But throughout high school, he was unsure if he would obtain enough financial aid to pay for college, or score well enough on the SAT to achieve his goal of attending a top engineering program.

Luckily, Let’s Get Ready became a formative step on his journey. “Let’s Get Ready makes a difference in the lives of its students by making them realize that there is support out there. There is always someone looking out for you,” he shares. 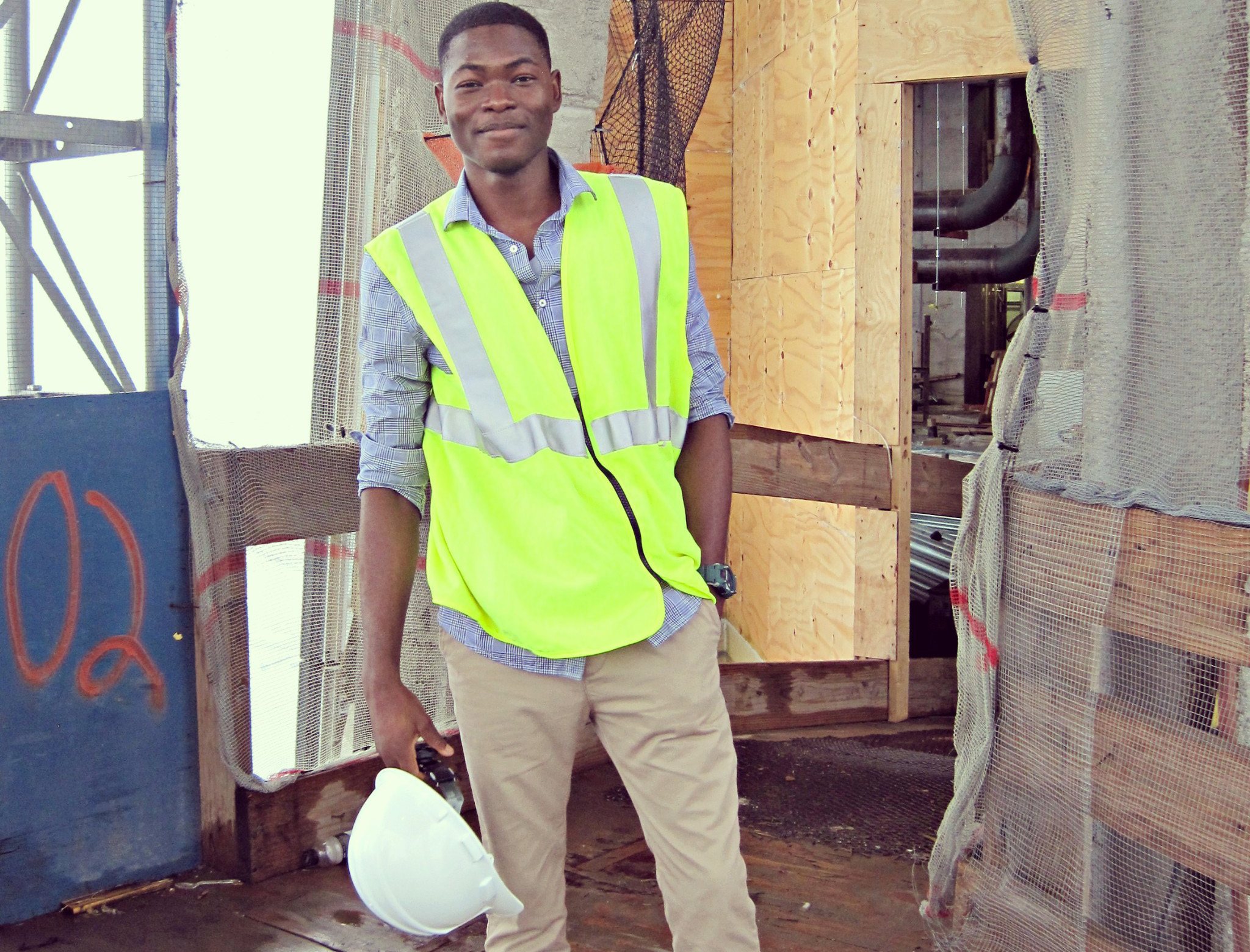 Gideon learned about Let’s Get Ready in his junior year of high school. He enrolled in the free summer program, which provided SAT prep and college guidance without any additional financial burden on his parents.

“My family and I moved to the Bronx from Nigeria. My parents worked hard, but I wasn’t sure we could afford college,” Gideon recalls. “I didn’t just want to go, I wanted to go to one of the best. I was in the top 5% of my class, but still didn’t know anything about the college application process,” he explains.

Through force of sheer determination, and aided by his Let’s Get Ready Coaches, Gideon increased his SAT score 190 points. He worked intensively on his personal statement essay with his writing Coach, producing a piece that ultimately won him an Honorable Mention in the city-wide Random House Creative Writing Competition. But his best news came in spring 2010: he received his acceptance letter to his dream school, Polytechnic Institute of NYU.

“Even in Nigeria, my mother wanted me to go NYU. When I told her I’d secured admission into the NYU Polytechnic Institute, she was so proud and happy,” Gideon says.

At NYU Poly, Gideon was a high achiever, excelling in and out of the classroom. He participated in several engineering internships, the Architecture-Construction-Engineering (ACE) Mentoring Program, and even Student Council. Throughout his studies, he stayed connected with his fellow Let’s Get Ready alumni at the school.

“College has not been easy. But I know if you put in the work, and then some more work, you get the results,” Gideon told Let’s Get Ready back in 2012. “It is challenging, but that’s how it is supposed to be.” Throughout college, he worked with Let’s Get Ready’s College Success Program to stay on track with graduation requirements.

Gideon made sure to pay forward the support he received from Let’s Get Ready. He served as a mentor to students at the ACE program and to younger interns at STV, Inc., a leading firm for engineering and architectural services.

In 2014, Gideon graduated with his Bachelor of Science from NYU Tandon, and has gone on to lead a fulfilling and exciting career in aerospace engineering. He started off as an Assistant Project Manager at RCDolner Construction Management, before working as a Process Engineer at Honeywell International and then heading to UTC Aerospace Systems, his current home. He was recently promoted from Quality Engineer to Senior Supervisor of Quality as part of a rotational program designed to fast-track employees into leadership roles.
On top of this, Gideon is also pursuing his Masters of Engineering at the University of Wisconsin – Madison. “I took the GRE and there is no denying that some of the guidance and SAT tricks I received from Let’s Get Ready were applied, especially in the Math section,” he admits.
Gideon’s success remains a powerful example of how near-peer mentoring can help students focus their talent and determination to achieve their college dreams. While he’s no longer living in New York, he plans on continuing his support for the organization that gave him a leg up on college. “I am grateful for the support Let’s Get Ready provided me in my high school days and through my college days,” he says, adding, “The saying ‘it takes a village to raise a child’ is true here.”
Alan2018-10-25T17:10:19-04:00